This is a true story … of 6 six strangers … picked to live in a VAN …work
together and have their endurance tested…to find out what happens…when people
stop being ordinary …and start getting Ragnarian…
Reebok Ragnar Relay Cape Cod 2016.

If you don’t know what a Reebok Ragnar Relay is here is your little ragRUN-down: It is a
200ish mile two-day, overnight, relay race with 12 runners on a team.  The team
is split in two vans and each runner runs 3 different times. Oh, and your vans better be rocked out.

This race was incredible.  It was by far the most well ran race I have ever
been in, and it was across 200 miles…which seriously blows my mind even more. There
were always markers, parties at every exchange zone, and even an app to
navigate.  I mean c’mon it was insane how great it was put together.

Let’s get to the race recap!!

I was so lucky and got chosen to be on Team Reebok (as you probably saw in my
last post!). So we were totally head to foot outfitted in Reebok One Series…how
cool?! I’d never worn Reebok shoes before but I put them on and literally did
not take them off all weekend. For a shoe crazy girl like me, huge deal.  Reebok even stocked our vans with EVERYTHING we could have ever needed and then some. Sleeping bags, food, foam roller, USB ports, waters/Gatorade, and the list goes on and on.

We started the race at 10:15am on Friday in Hull, MA. One word: Gorgeous! We were on the beach, with all the other people prepping for the race, and the giant Ragnar Relay orange arch for the kick off! I went into the race with unknown expectations.  I mean how could you really be prepared for what was to come?

My van rocked. We had 3 guys, 2 girls, and me! Our first runner, Emily, kicked us off with her first leg! No joke, as soon as she went, the adrenaline kicked in. We had to be back in our van to drive to the next exchange zone. The exchange zones were crazy with people waiting on their runners to come in!

I was the third runner on my team and all I knew was my first leg was 8.6 miles. It was good temperature at 11:30am and I was well rested.  The course was always marked so you knew which way to go all the time. We went through neighborhoods and back roads. It was such a pretty run but then I hit two of the biggest hills, Tennessee doesn’t have. HOLY. It was also very cool that you always had people in front of you and behind you.  I mean with over 500 teams this was expected but still over a span of 192 miles, crazy to think you were never alone. Then you reach the best sign in the whole race, “1 Mile to Go“.

My team finished around 1:30pm and we finally had time to eat!! We stopped at this local joint that maybe sat four tables in the whole place. Advice: with a party of 12, take into account that y’all can’t have avocado on your sandwich…or the locals go to the grocery store to get more and your food takes 2 hours and comes out 2 plates at a time in intervals of 15 minutes…not that I would know or anything.

We were back on the road to get ready for our second legs! Our next major exchange (when you handed off from one van to the other) was at an ice rink. Going inside the ice rink was the first sight I had at people taking full advantage to sleep. People were wrapped up like cocoons all over this ice rink floor to rest.  I swear y’all, this race is a crazy world!

It becomes a whole new race when the sun goes down and it’s raining.  During this part of the race it was required that you wear a headlamp, a reflective vest, and a blinking tail light. 8:45pm our first runner was off in the darkness…literally we had no idea where she was going. Adrenaline kicked back in as we were all on shorter legs which meant less time to get to the next stops. GO TIME.

Now I swear running in the dark in the middle of the night while it was raining was one of the most exhilarating times of my life.  It’s just you and the light from your headlamp. My second leg was 4.2 miles.

This leg was when I really started thinking about my journey. This was such a crazy moment. A moment that you can never take back. I was living in a runner’s world. I was surrounded by people who were genuinely were having a good time and were so encouraging. People who wanted to talk about running, about life, and were excited about the same things I am. My team was there because of work, because they were getting paid. I was there because of a dream I have everyday, and right then, I was living it. I was, at that moment, in the pitch black, wiping rain from my forehead, on a road lit by my headlamp, so freaking happy. I can’t explain to you what I was feeling.  Like every minute of hard work, like every person that has ever believed in me, and like every person that I run for, came across my body as the most intense goosebumps I have ever experienced almost bringing me to tears. I was just so incredibly happy.

After the last runner on my team finished we headed to the next major exchange, a high school gym, to sleep! I honestly have never been around so many people awake at 2am before in my life. Then I walked into the gym and realized I honestly haven’t been provided sleeping quarters with so many people in my life.  Seriously like 500 people, underestimating, were sprawled out on this gym floor. If you were wondering, there was one targeted man who snored so loud. I mean, c’mon guy, get that under control. My head hit the pillow, out in 2 seconds-tops.

I wish I could tell you I had a good nights sleep but 4am came real fast and we were back at it. I had to scarf down some peanut butter and bread to get ready for my 9.6 miler at 6am. One thing I will say is my van got the better end of the stick running at pretty normal hours! 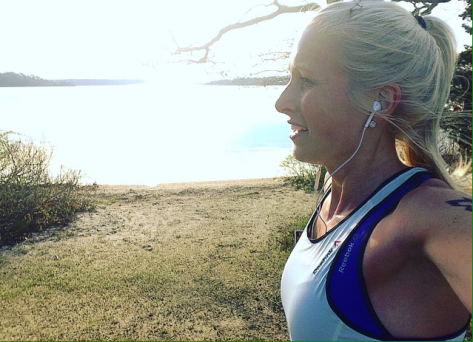 Now let me tell you about my last run. I was on the highest of all runner’s highs there ever was. Like, what happened to the first 5 miles is beyond me. When I hit about mile 6 you run this long wooded paved path and then all of a sudden you look to your right and there was the most beautiful view I had ever seen. Simply gorgeous. I was having the best time of my life. I know I say this a lot, but damn, I was so happy. 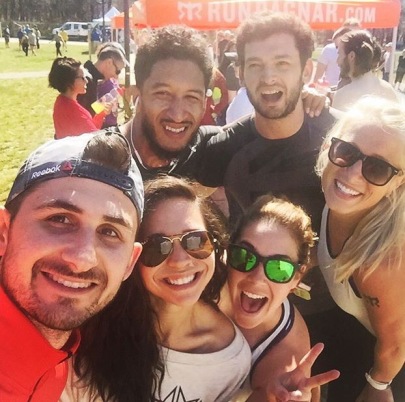 I got done and my team was there high fives, cheers, and all! I had finished my last leg! I can’t say enough good things about the people I shared a van with the 28 hours of this trip. I was so lucky with this group and had the time of my life. They were some of the most amazing people I have ever met in my life and could not have been any more supportive of each other.  We jammed, we laughed, we embraced the sweaty smells of our van from no showers, we cheered, we might have accidentally missed an exchange zone once, and we even made it safely to Provincetown with my driving (still can’t believe they trusted me with driving that van). 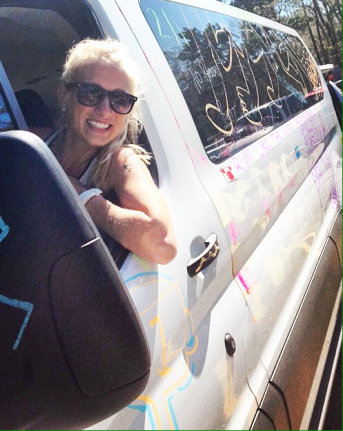 The coolest part about the whole race was doing it together because that’s what it’s all about.  192 miles in 28 hours. You start together and you better believe that all 12 of the people on my relay team crossed that line together.  WE DID IT! 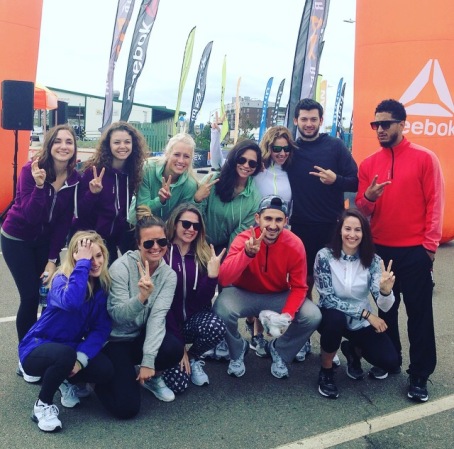 Reebok Ragnar Relay… I can’t say thank you enough for one of the best weekends of my entire life.  You provided me with that incredibly amazing moment of my life that I never expected to feel.  I still can’t believe this weekend was real. Just simply, THANK YOU.

Welcome! I'm Audrey and I want to share my love and passion for running with the world! I hope that you leave my page inspired to take that next step, chase your dreams, and a little more prepped for that next run! View all posts by audrey 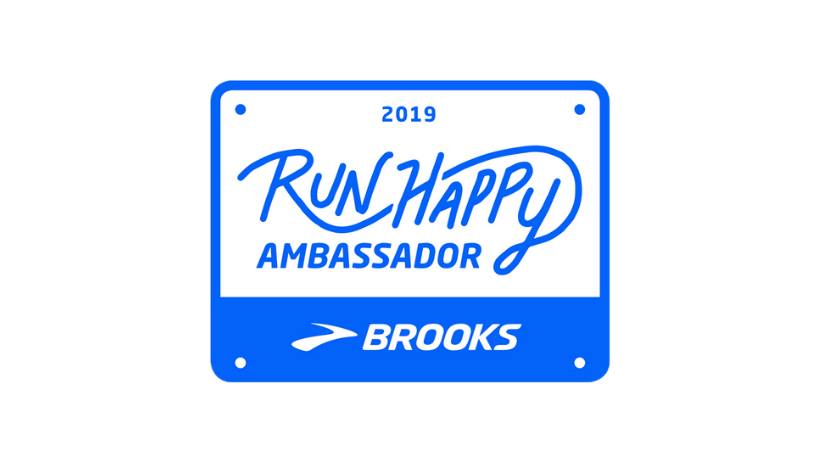